What is this blog for?


I have been collecting vintage watches for a while, and had been asked for my opinions on timepieces.


Men and Machines - like it or not we depend on them daily, and the round or rectangle equipment that most of us have on our wrist helps us to keep to our schedule at work, make sure that we turn up on time for our date later tonight, or ensure that we get to meet up with the guys to catch that game on TV. 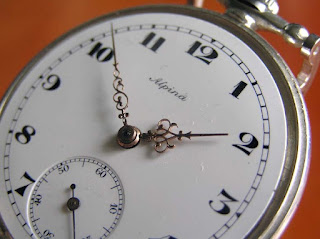 What you can see on this 'blogshop' are some of the timepieces that I had collected and want to share them with you.


Why vintage? For one, they cost way less then a new, current model. It's like why get a second hand CLK and not a new one. They still work, they get discounted overtime, but still have the luster and class; and most importantly tell you the time. 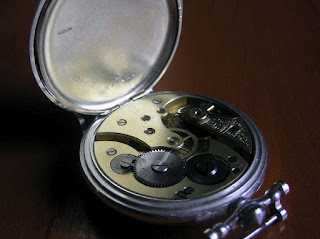 The collection is categorized into 2 groups; Vintage and Modified.

Vintage watches are in their original state as much as possible. While some reconditioning or repair may be done on them, they keep to their original design and function.


My 'Modified' collection are mainly antique pocket watches (typically prior WW2) modified, making them wrist watches. Typically expect some reconditioning, especially to their dials, as time take a toll on them.


Please peruse through my pages, and I am happy to answer any queries you might want to ask.

Posted by Khairudin Jalaludin at 11:59 No comments:

We at VintageKrono.Com
wish every reader a
Prosperous
Year of the Snake 2013. 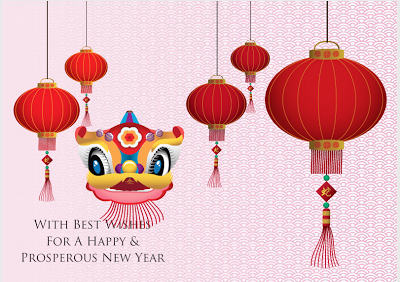 Posted by Khairudin Jalaludin at 12:46 No comments:

Certina from the late 50's.

A fine example of a gentleman's watch. 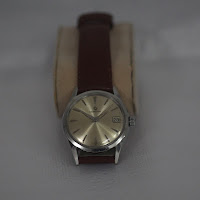 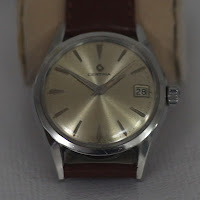 This piece became part of my collection sometime in 2006, one of me early acquisition. It's a Swiss Certina (late 1950's). This manual calibre 28-151 is encased in a 33mm stainless steel body. 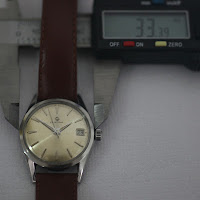 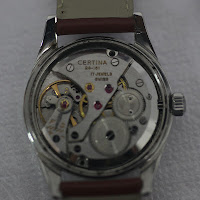 Certina's history could be traced back until 1888 when its founders, the Kurth brothers, open shop selling watch movements. It was in 1938 (50 years after it was founded), that the present brand Certina was introduced. 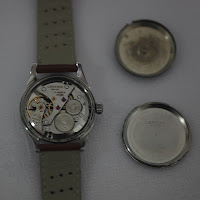 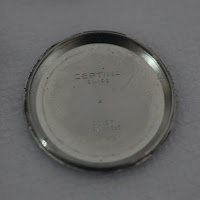 Later in 1983, Certina became part of Allgemeine Schweizerische Uhrenindustrie AG (ASUAG). This was during the time when Swiss watch companies face tough competition from Japanese quartz. 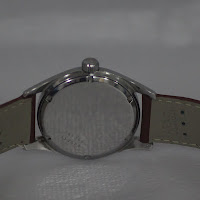 Now based in La Locle, Switzerland, Certina is active in the premier league of motorsports, being the timekeeper for MotoGP races since 1995 until today.

Certina is also the official sponsor and timekeeper for the Sauber F1 team since 2005 (then it was called the Sauber Petronas F1 Team).

The sweeping second hand is the distinguishable  feature of this 50 year-old 28-151 cal.

The even patina on the metal dial is beautiful, and makes this piece a very fine example of the 1950's Swiss engineering.

This fully hallmarked watch (dial, crown, case, backplate) is in perfect condition to be worn daily.

Anyone interested with this classic timepiece can email me at khairudin (at) vintagekrono.com (PoA).


Posted by Khairudin Jalaludin at 09:36 No comments: 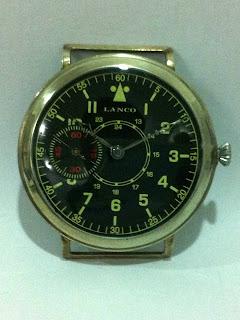 The Lanco pocket watches came from the Langendorf Watch Company in the town of Langendorf in Labern, Switzerland.

Started as the Uhrenfabrik Lagendorf SA in 1873, the family owned factory soon became on of the largest watch movement factory in Switzerland (and the world) before the turn of the century.

The business grew along with its reputation for reliability. Thus it was only natural that products coming from this company were issued to the fighting men in both world wars.

The Lanco brand came in just after the war. The brand was successful inheriting its legacy. As with many Swiss watch companies, not many survived the 70's quartz era. 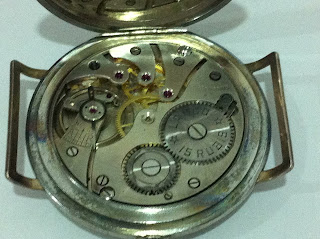 In the early 70's, the company was absorbed into the Omega-Tissot group.

The piece you see here is converted pocket watch with an aviator dial that made LANCO famous with the German Luftwaffe.

The metal dial is new, as the original one did not survive the sands of time.

This 15 rubies hand wound mechanical timepiece is housed in a nickel chromed casing. As with any pocket watches of this era, the strong tic-toc sound can be heard clearly. 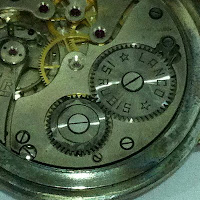 The Lanco name can be seen on the main gear, along with the 'Swiss Made' engraving next to it.

The back of the watch was nicely engraved, giving room for personal monogram to be placed on it. 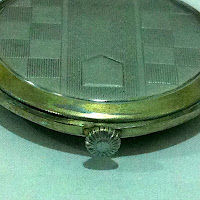 The antique 'onion' crown wounds well, though a bit rough to today's standards.


The leather strap that came with the watch was a bit used. What I did was to get a new green Nato strap for it. It gave this vintage the rightful WW2 aviator feel to it. 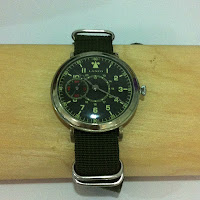 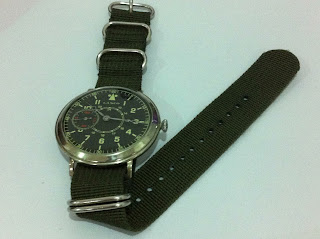 Anyone interested with this can email me at khairudin (at) vintagekrono.com (PoA). 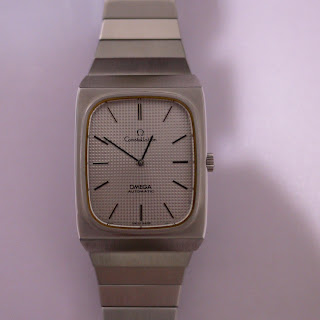 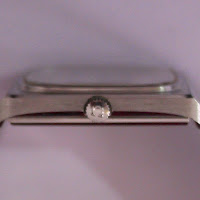 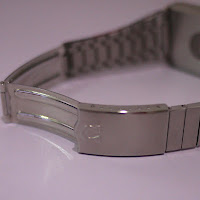 Posted by Khairudin Jalaludin at 12:19 No comments: